Many of you have heard me give the talk about sleeping 9pm to 5am or 10pm to 6am. In Chinese medicine, these are the times when your body regenerates, rejuvenates and restores. Well, it turns out that western science supports this too. [tweetthis]Sleep triggers the response patters of hormones that stimulate the cells to repair the damage of a day’s activities.[/tweetthis]

From “The Healthy Home” book

Human growth hormone, which stimulates cell growth by mediating the metabolism of protein, fats, and carbohydrates. It influences weight control by telling fat cells to release the energy in the lipids they are storing and to reduce additional storage. As much as 70 percent of the growth hormone produced in any twenty four hour period is secreted while you are sleeping.

Your body prepares for sleep as soon as the sun goes down. More human growth hormone is released earlier in the night rather than later. So, sleeping from 10pm to 6am produces a greater level of human growth hormone than would occur during the same amount of sleep from midnight to 8am.

Keeping pace with a world that never sleeps can be exhausting, not to mention bad for your health. And doing so is near impossible. Most living, breathing creatures require a sufficient amount of rest to survive and live their lives according to a fairly regular sleep cycle. To carry on in this fast-paced, technological age, we require sleep. But according to various studies every year, as many as 58 percent of American adults report moderate to chronic insomnia and/or sleep related disorders.2 And unfortunately, the effects of sleep deprivation can have serious mental and physical consequences. In fact, in the most severe of cases, sleep deprivation may prove to be fatal.

Severe sleep deprivation may, and most likely, WILL lead to future health problems. Impaired coordination, blurred vision, and general discomfort are just the beginning, but the real danger lies in the brutal assault to your immune system. Your body needs rest to function properly, stave off infection, and repair itself from the wear-and-tear of the day. Without the proper amount of sleep, your immune system weakens, making it difficult for your body to fend off the various bacteria and viruses that enter your body, heightening the risk for a variety of major illnesses. Cancer, heart disease, diabetes, and obesity have all been reported in recent studies.4 The toll taken on your body can be devastating, but the effects on your mind might be what get you killed.

Without sufficient rest, your brain’s ability to problem solve is greatly impaired. Decision-making abilities are compromised, and the brain falls into rigid thought patterns that make it difficult to generate new problem-solving ideas. These effects are caused by a disruption to the circadian clock, which regulates body temperature, hormone levels, heart rate, and other bodily functions. Disruption to the circadian clock may also have negative effects on your memory and mood, making you a hazard to yourself and others, particularly if you operate heavy machinery or drive an automobile. According to the National Sleep Foundation’s 2005 Sleep in America poll, 60 percent of adult drivers say they have driven a vehicle while feeling drowsy in the past year, and more than one-third have actually fallen asleep at the wheel. The National Highway Traffic Safety Administration conservatively estimates that 100,000 police-reported crashes are the direct result of driver fatigue each year. This results in an estimated 1,550 deaths, 71,000 injuries, and $12.5 billion in monetary losses.

But how do we find the time? In an era when we are expected to work 24 hours a day in order to keep up, how do we ensure that we get the rest we deserve? 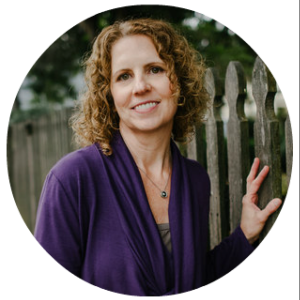 Donna Parker, LAc, is a Classical Five Element acupuncturist in San Francisco since 2003, as well as a trained WellCoach, Certified Health Coach, Certified in Integrative Nutrition and a Certified Nutrition Advisor.
All Posts »
PrevPreviousAre You Breathing?
NextHow do you recover from the holidays?Next